The Ferox are human beings that are genetically and/or environmentally predisposed to have a strong physical, mental, or character strength. A Ferox’s powers begin during adolescence and are usually controllable by age 16. At their peak age (18-23), the aging process stops and they appear not to age for about 100 years. The teenage Ferox are usually average-looking until they reach their majority and aging stops, then they get VERY attractive. It is theorized that this is a genetically protective measure to help the teens blend in and remain hidden. None are ugly, but none will get extra attention for their looks. Their abilities are sporadic and undetectable until about age 16. This seems to help them survive and stay hidden until they gain control of their abilities. The Ferox have no differences in their DNA and there is no detectable physical difference in either their bodies or brains, though those with mental abilities do show a greater level of brain activity. No scientific reason can be found for their abilities, and no one has been able to manufacture or force the onset of abilities.

The Ferox have a high metabolism. They eat a lot, heal quickly, don’t sleep much, and can move very quickly when their adrenaline is high. Not superman fast, just faster than most people. They have immunity to physical attack – bullets hurt, but heal quickly. Tasers annoy, but don’t stop them, so be careful or you’ll just make them angry.

At the end of the approximate 100 years, their metabolism slows and they get “Marked”. A Mark appears somewhere on their body (usually the torso). The Mark is black and looks like a tattoo of the sun and moon. 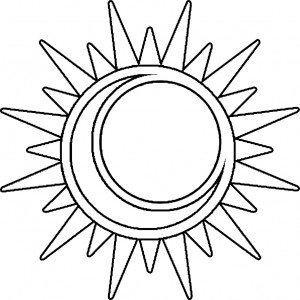 Once Marked, Ferox “Retirees” are permanently shielded and their powers decrease over time, though they never completely lose their abilities. Shielding means that they naturally “block” attacks, both physical and mental. The shield even works when they are unconscious or asleep. However, when they use their abilities, their shield is down. These “Retirees” will continue aging at a normal human rate, have children, and die just like a mortal.

The Ferox, while seemingly all-powerful, do have to answer to someone. The ruling government of the Ferox is the OmniBellum. They enforce the Rule of Secrecy and resolve conflict between members of the Ferox. In the past, the OmniBellum has strongly prohibited all written records of the Ferox and their activities. They have recently relaxed that rule and have given Stephenie Young permission to write fiction novels based on the Ferox.

Do you think you may be Ferox?

Like to learn more? Read about the History and Abilities of the Ferox.